I’ve always been fascinated by the Hades/Persephone tale. Eating a pomegranate right now reminds me of it. Maybe I like it because the story shows the power of a female god: all the other gods have to plead with Hades to let Persephone go because Demeter won’t let Spring come until she gets her daughter back.

Or maybe I think about the tale because it irks me how Persephone has no voice: Hades decides to make her his wife by kidnapping, her mother is the power, the other gods strike a bargain, and Persephone is told where and when she will live her life.

I had a short comic called “Endless Winter” published by Gray Haven that delves into the tale, though not a retelling. Instead, it’s set in our modern world that has had winter for months- the Fourth of July and there’s still snow in upstate NY. A woman is walking in a snow storm, slips, falls, and finds herself in Hades’ study, where they have a chat.

. In that, he’s a pretty decent guy just doing his job. That got my brain on a path that eventually led to my own version of the death god. Tall, dark and handsome(of course),lounging with one leg over the arm of a big overstuffed chair, a bottle of port in hand, in front of a large fireplace in an old-fashioned dark-paneled room with lots of books. He is contemplating divorce papers from Persephone. In my version, they had fallen in love all those years ago, but Demeter was against it, so he “kidnapped” her. But for a god of death, he’s really bad at accepting when love dies- at least on her end it has.

He hasn’t signed the papers yet when my main character walks in. She is also stuck: her husband is dead, children grown, and she hasn’t moved on in life at all. They chat, calling each other out, and he kisses her. She is suddenly awake in the real world, the snow melting.

(Who drank all my tea? Right. Hey, if you’ve never had a pomegranate, try one! You can eat the seeds whole. Very yummy!)

– down to the British-style study. I was both delighted and jealous that I had a similar view with one of my favorite authors, but no one knows except me! And my husband because I couldn’t stop exclaiming about it…

Ah, romancing the god of the underworld- that’s a common fantasy, right? I need more tea, and a hankie, dammit. 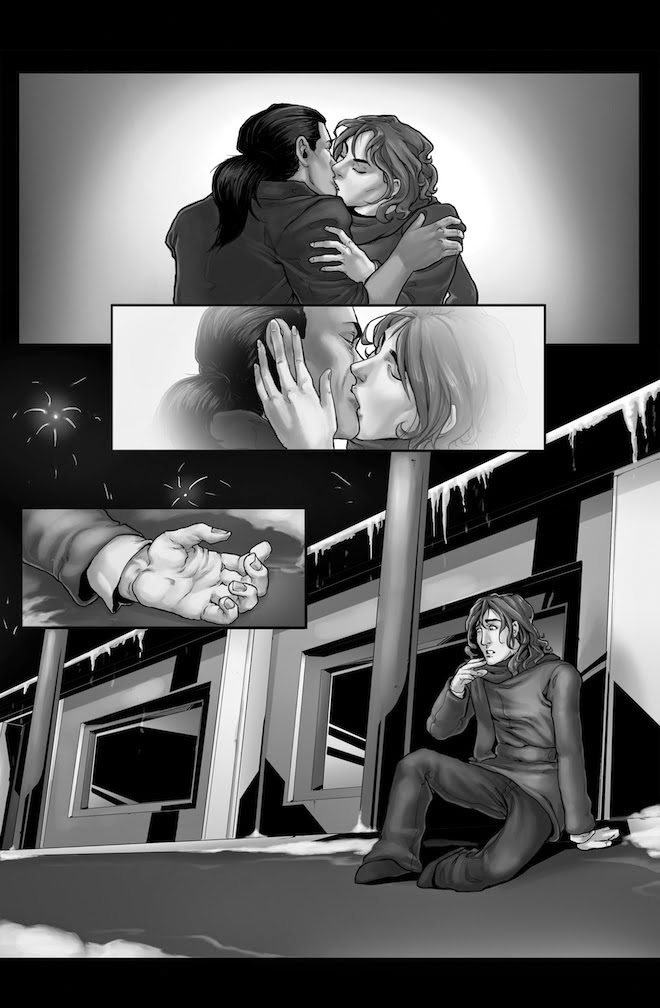 This site uses Akismet to reduce spam. Learn how your comment data is processed.

Just me with my feet in the grass, the laundry dry